My trip to Ethiopia was to understand how food systems are transforming in different agricultural, forest and agro-pastoral contexts and what the implication of this transformation is for social and ecological resilience. The research also aligns with the focus of AFSA on changing food systems in Africa and also informs MELCA – Ethiopia’s program on agroecology.  The research is being carried out in MELCA’s project areas.

I am sitting and reflecting from my temporary home, Sweden, about my recent trip to Ethiopia. This morning was super cold, a huge contrast from the blazing sun in Ethiopia. You have to take Vitamin D tablets here to compensate for the sun and I was joking that I came back with a reserve. I am here in Sweden as part of the two-year contract with the Stockholm University. 7 months have already gone by. How time flies! I am a researcher at the Stockholm Resilience Center (SRC).

It was the driest time of the year in Ethiopia so the landscapes were not looking that great. More so in Bale, the magnificent Mountains of Bale. There the landscape looked literally burnt.

My trip this time was very painful. In fact, more than that it was deeply troubling. What happened? In a way, study of food systems is really too broad but it’s certainly eye opening. This is mainly because there are no aspects of rural life that you do not look at. The food production landscape, the farm, the harvest and storage, the household and the market are all in the mix. Endless stories and endless insights!

The story from Gambella, Majang, is different and that will come later. First I want to focus on Bale and Telecho, which are almost similar, even though there are some differences. What shocked me was: 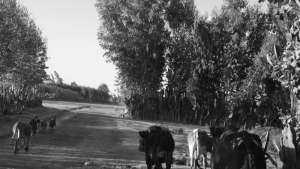 On the positive side, farmers in Telecho and Bale told me that they have started saving. They are now much more conscious about how they spend their money. The number of people drinking alcohol in day time has decreased in Telecho. There were some, according to farmers, who come to farmer’s meetings drunk with Araki. That has decreased significantly. Although there are a lot of education to give and policy changes or implementation to be made, the right of women has significantly improved. Women get half of the land when they get divorced and also have tile rights equal to their husband. There are institutions at the government level addressing women issue. But again there is a lot to be done. Infrastructure is improving. Almost all farmers have mobile phones and use less labor in transporting their goods. They have started using solar energy for lighting. Almost all children go to school now, although there is are issues around the quality of education and whether the knowledge of their parents is integrated in to the school system.

When I told them about my concern about the chemicals, the Bale community requested me to come back and tell them more about the effects of the chemicals that they are using. I found also the government agriculture bureaus quite open for discussion and they were actually shocked when they learnt about the impact of some of the chemicals, mainly roundup/ glyphosate. This all tells me the need to involve all actors in finding a solution to what is happening. There is still a possibility of reversing some of the damage that is taking place and also taking a better path. Use of pesticides to this extent is quite new and there are experiences in Ethiopia where it is possible to deal with pesticides through a strategy called Integrated Pest Management.

My friends, this trip made it starkly clear to me that, if you really want to avoid almost all of the disasters that are coming your way and implement the sustainable development goals, you have to address agriculture. High input or industrial agriculture is changing rural landscapes, nutrition, health and culture in a fundamental way. If we have more than 80% of our population engaging in agriculture and managing it in the right way, it will solve so many other social and ecological problems. But it is complex due mainly to the kind of model of development that is being touted as the best by those with interest in getting benefits out it. Moving into using herbicides is a huge market opportunity for the industry. I think the main part of the struggle is to defeat the narrative which puts farm productivity above health, nutritional, environmental and economic interests and which recommends the use of agrochemicals and hybrid seeds and a range of farm management as the ultimate solution. I feel that this is a story across Africa and we need to substitute this narrative with ours based on experiences of farmers and cutting edge science. That is what AFSA, working closely with other allies, has tried to do in November last year at with its meeting called ‘Changing Food Systems in Africa: agroecology, food sovereignty, nutrition and health’. The summary of the agreement of the meeting is ‘we can increase food production while considering nutrition, health, farmers’ rights and environmental sustainability through agroecological means.’ Please find the declaration on and the way forward on http://afsafrica.org/addis-ababa-declaration-on-agroecology-ecological-organic-agriculture-and-food-sovereignty-the-way-forward-for-nutrition-and-health-in-africa/ and http://afsafrica.org/moving-forward-strategically-towards-sustainable-just-and-nutritious-foodsystemsin-africa/

The UN has produced a damning report today about the use of pesticide which basically details its impact and concludes that we do not need them to increase productivity. There are other safe and healthy ways to produce food. Please read this exciting report at https://www.theguardian.com/environment/2017/mar/07/un-experts-denounce-myth-pesticides-are-necessary-to-feed-the-world