The stakes are are incredibly high for Environmental Justice activist-researchers working in the Arab region, and under Zionist occupied Palenstine. I have spent the past nine days with our Sister Network ACKNOWL-EJ (Academic-Activist Co-Produced Knowledge for Environmental Justice) network transformations workshop, who have asking big questions (and answering some of them) around critical environmental justice, solidarity building through the combination of conflict transformation methodologies and the the ‘confluence of alternatives’ in a post-sustainable world (see Vikalp Sangam process in India). Together we have met, learned and been deeply moved by activists who have been tortured in Israeli detention centres, Armenian refugees who have lost their sea front to the obscene development of a open landfill on the beach, a woman who single handedly protected the last breeding beach for Mediterranean sea turtles and seen the ravages of the post-war gentrification that further alienates and disenfranchises working class communities in the name of re-building the state. 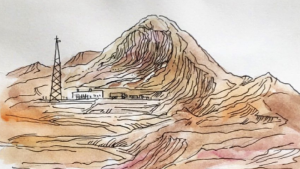