Brief Description of the study site

Lake Chilwa is the second largest Lake in Malawi with a surface area of 1,300 km2. The lake has a history of droughts resulting from below normal precipitation levels. Since the 1700 hundreds, the lake has either partially or completely dried for more than 50 times. Climate change is exacerbating drought in this vulnerable ecosystem.

The specific study sites within the Lake Chilwa Basin are Domasi and Nsanama Extension Planning Areas (Figure 1). Nsanama EPA lies in the northern tip of Lake Chilwa and is relatively drier part of Machinga District which is one of the three Lake Chilwa Basin Districts, the other two being Phalombe and Zomba. Nsanama EPA is 35,447 hectares with 13,518 farm families of which 9,199 (68 %) are female headed while Domasi is 19,890 hectares with 16,365 farm families of which 10,078 (61.6%) are female headed. With such a headship structure, females are expected to bear the burden of caring for the family in terms of food and other necessities. In both EPAs, 100 % of the farmers cultivate maize but they also grow other crops including rice, cassava, sweet potatoes, groundnuts, pigeon peas and sorghum. Both EPAs have highly degraded land and infertile soils (LCBCCAP, 2010, p. 8). Extreme droughts and dry spells in these two EPAs worsen the situation further. The net effect of degraded land and drought is poor crop yields (including maize) leading to food insecurity and poor nutrition. For these reasons both sites were expected to provide good opportunities for expansive learning among women to address drought and low maize yields. 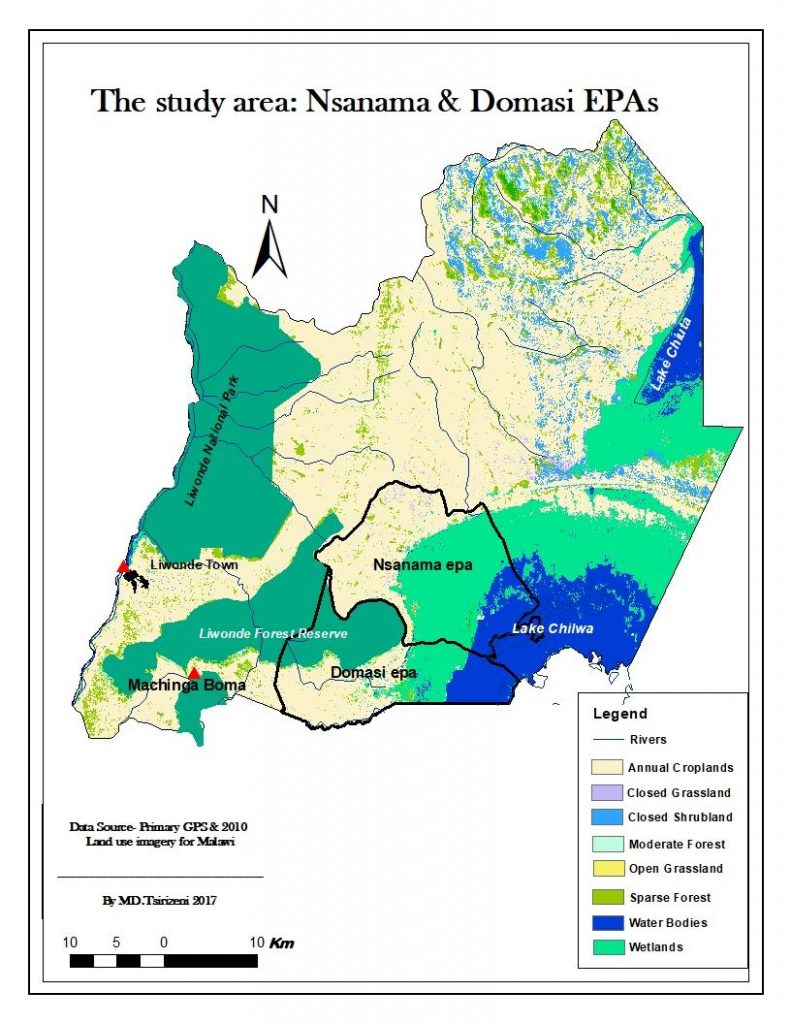 Location of Nsanama and Domasi EPAs within Lake Chilwa Basin

The access process started with awareness creation at Machinga district executive committee (DEC) meeting where the project was approved and project sites confirmed. DEC constitutes district heads of institutions that coordinate projects at district level. Meetings are chaired by district commissioners or his/her designate. DEC has the power to either approve or reject a project depending on its alignment with district development plans. The second step was phone briefing of the project to Agriculture Extension and Development Coordinators (AEDCs) who are EPA heads of Domasi and Nsanama. Using criteria the research team developed, AEDCS helped in identifying 24 women for more awareness. Main criterion used was women’s knowledge about drought and dry spells in the Lake Chilwa Basin as influenced by their duration of stay in the basin and age (the older a woman was, the more knowledgeable she was expected to have). During the awareness meetings with women identified by the AEDCs, additional criteria for selection of the final list of women to participate in the focus group discussions and change laboratory sessions were suggested and these included volunteerism and willingness to participate in the research, vulnerability to droughts and dry spells. Using these criteria, focus group participants were eventually identified through a participatory process.

Research has shown that rural women in Malawi are significant change agents in socio-economic sectors, yet they are heavily affected by inequality. The complexity of the dualistic nature of being change agents and victims of injustices offers a potentially catalytic opportunity  (motivation) for potentially transformative social learning under drought and dry spells in the Lake Chilwa Basin.

The t-learning research project came at a time when another five year project (Lake Chilwa Basin Climate Change Adaptation Programme–LCBCCAP) coordinated by LEAD was coming to an end.  Therefore, for women subjects that knew LCBCCAP,  t-learning is just another extension, while for others, the project was a new journey.

To validate some of the sayings by women during focus group discussions, field assessments (observation studies) were made and men were also consulted during the assessments especially on division of farming labour. Extension workers including District Crop Officer were also consulted to provide more clarity on issues raised by women.

Data collected during the initial consultations and field assessments along with that obtained through document analysis provided mirror material for  the change laboratory workshops that commenced in October 2017. 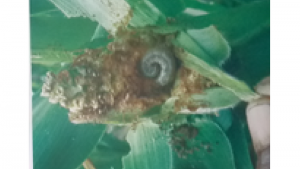 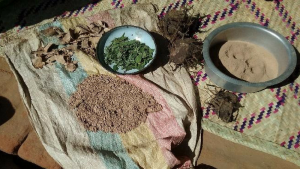 Banana Root Flour. Relish for the ‘nsima’ prepared from the flour is always okr (‘Therere’) shown as green stuff in a plate). ‘Therere’ is slippery/jelly-like and this helps rapid swallowing since the nsima from banana flour is bitter

An example of a local farming practice facing disruption by modernity is ‘mphanje’ (Figure 4) which has multiple benefits to practitioners such as reduced labour for weeding, limited use of chemical fertilizers (that burn the soil) and a reliable coping mechanism during the hunger month of February through early maturing crops such as cucumbers. The ‘mphanje’ has existed for over 20 years in one of the villages in Domasi EPA. Ironically, the practice was only discovered through this research and extension workers working in the same area were not even aware and that is a sign of disinterest by extension workers who are influenced by modernity, in my view.

The ‘mphanje’ is informally learnt through word of mouth and observation. Although localized, ‘mphanje’ is one of the many local practices that is deeply rooted even among the youth in the area, making it a wicked problem for modernity to disfigure and unlearn. 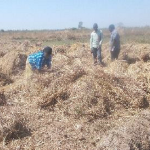 1st Step (Piling grass or any other plant residue) 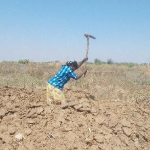 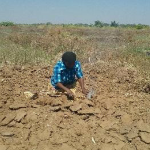 Huge amounts of literature state that women are the change agents and main providers of farming labour but they also face some social barriers (or dragons of inaction as Gifford 2011 calls them) to effectively address climate change impacts. These barriers include refusal to use fecal or pig manure due to religious beliefs; skepticism about climate change in the Lake Chilwa Basin; discre-credence toward experts and authorities (e.g. refusing hybrid maize and sticking to local); differing use values among various stakeholders.  Some notable quotes about the above barriers are presented below:

Men posing as social barriers: ‘There was a conflict between myself and my husband when I planned to try Sasakawa, a modern farming method. He rejected me and refused to buy me fertilizer. Using own money, I bought fertilizer and applied following extension advice.  By using Sasakawa, maize yield increased from 3 to 10 bags and my husband started supporting me since then.” (Loveness Charles, one of the focus group participants). If Loveness was not determined to try sasakawa and if she followed her husband’s ‘drug-on’ motive instead, she would not have learnt about this modern method.

The women have generally tagged men as ‘wobwezeretsa m’mbuyo’ or  laggards, low risk takers in trying a new innovation.  Men only join in later Akazaona kukoma (after seeing the fruits)

About use of fecal manure: “A lot of people  laugh at me saying ‘ndine wozerezeka’ (crazy/mad) such that at first I would even do it in hiding. And I cannot collect fecal manure from other people’s pit latrines  because they will think I want to bewitch them and even use their feces for black magic” (Enifa Maiteni, one of the participants). At Nsanama Extension Planning Area, it is also believed that use of fecal manure breaks marriages. Husbands tell their wives ‘to wash your bodies before you can approach me.’ This means ‘a lot of people’ will discouraged to learn or they may even dis-learn about fecal manure as an adaptive strategy.

Scepticism about climate change: It was completely false to attribute the drying of Lake Chilwa in 2012 due to manmade global warming (Dr. John Wilson, (2014)). This may limit the possibility of understanding  climate change as a man-made phenomenon.

Differing use values among stakeholders: “Even if Lake Chilwa dries, the land could be put to good use through farming and road construction. Certain insects that attack crops would disappear once that lake dries up”  (Andrew Daudi, Head of the United Nations Millennium Villages Project in Malawi, 2012).  This thinking may trigger learning to maladapt.

Discre-credence towards experts and authorities:  ‘As of me I grow local maize in one field and hybrid maize in another field. Since I am a single woman and I fear I may not find pesticides to apply to the hybrid maize to control weevils and in that instance the local maize will provide me some food to eat’ (Rose Mulewa, 2017-one of the focus group participants).  Rose wants to maintain local maize cultivation and the learning associated with the practice.

Learning potential(s) for expanding learning that we identified with the research participants in discussion around their matters of concern.

During session 1 of the change laboratory workshops, participants watched a video regarding decision making on whether to base their planting time decisions on announcements by Department of Climate Change and Meteorological services or farmers’  own local knowledges.  After the video, researcher-interventionist (myself) posed a question—which of the two systems would you chose and why? All the 15 participants in both study sites opted for local knowledge. However, since biological indicators such as appearance of ‘nyerere’ (ants), ‘anyani’ (monkeys) and ‘mbalame’ (birds) at specific times of the year are widely used to forecast rainfall reliability and planting time, women were concerned that loss of biodiversity may lead to reduced precision on forecasts. They would like to learn more about reclaiming lost biological diversity and save their local knowledge system on rainfall forecasts.  They also  suggested integration of the two rainfall forecast systems.

Besides traditional rainfall forecasts, there is a wide range of local farming practices at the study sites. During the second session of change laboratory workshop, participants were asked to prioritize their local practices in terms of which ones they would like to expand their learning on and why? Presented below (table 1) is a list of local farming practices and their preferences (only for one site—Domasi EPA).

Table 1: List of local farming practices at Domasi and Nsanam EPAs and their preferences

From the above table, it is clear that most women would like to expand their learning and develop future models on mixed cropping, ‘kuojeka’, livestock manure, local means of determining planting time and local maize cultivation. The researcher’s perspective is that demonstration plots should be set up for some practices not prioritized by women so long as their potential to improve maize yield is high.  Researchers may also consider ‘part time’ future modelling sessions with practitioners of fecal manure and ‘mphanje’ since these practices seem beneficial to those practicing.With respect to informal learning, a variety of pathways exist including radio, television, newspapers, posters, drama, poetry, word of mouth, observation, demonstration, learning visits and trials. Among these, word of mouth and observation are widely used. Radio, television and posters are rarely used mainly due to access and low literacy rate challenges among women. Presented below is the current usage and  preferred use of the various informal learning pathways (only for Domasi EPA) for the top 3 local farming practices that women chose namely kuojeka, mixed cropping and livestock manure.

The most preferred and effective informal learning pathway is ‘word of mouth’ and women want this to continue.  Poetry and songs are not preferred – women feel the two would not have a sufficient impact.*this is part of a PhD project on the research topic: Climate change, drought and inter-seasonal dry spells, and rural women’s informal learning towards adaptation in the Lake Chilwa Basin, Malawi