Being a co-researcher in Transgressive Action Research: Methodology

From rising seas enveloping whole countries, to derision as a chinese hoax, climate change has emerged as the many headed monster “hydra” in the Greek myths. Every time an apparent ‘solution’ to climate change is found – the monsters head cut off – more heads grow back as a multitude of other deeply connected problems arise, representing the apparent hopelessness of struggling against an evolving monster.

From the days of myth when people lived their lives subservient the fate of the Gods, Western society has produced a new master in the form of science which controls to a large degree our everyday lives. Academics – the new the clerics of old – determine what knowledge is, how knowledge is created, and for whom. Yet in a planetary moment of immense change and uncertainty – with catastrophe around every corner – the role of science is increasingly coming under attack, best shown by the US administrations sceptical stance toward climate change. Although science is fighting back, witnessed by the marches for science which took place around the world in 2017, there remain fundamental concerns about the role of science and scientists to address the everyday challenges of people and communities increasingly being affected by unjust ecological and social conditions. In short, science is at a turning point where it has to prove itself useful to society, or relegated to the world of ‘alternative facts’. 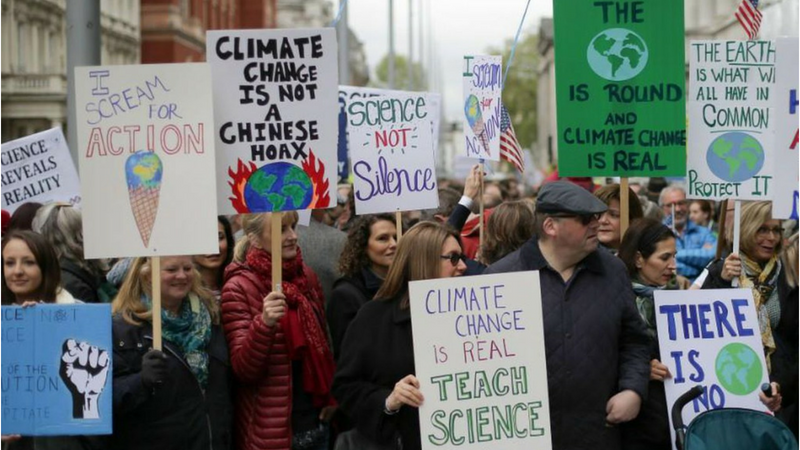 One way scientists are addressing this challenge is through collaborating with actors outside of traditional power structures. Action Research is a scientific field whose underlying assumption is that knowledge should be co-produced with people and communities outside of academia, focussing on action-based change, and accompanied by reflexive loops of learning. The methodology used in the Colombian case of the international T-Learning case study has been guided by Participatory Action Research (PAR), a branch of action research with a strong focus on decolonising the relationship between researcher and research subject, with a shared commitment to fundamentally disrupting conventional hierarchies of knowledge production. PAR has a strong tradition in Latin America, connected to critical pedagogy, and processes of decolonisation. 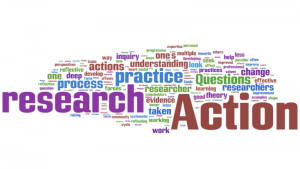 The PAR methodology has been important for providing guiding principles for setting up and carrying out the Colombian case study: the participatory aspect of this research involves working closely with co-researcher practitioners from participating communities working in areas of sustainability; the action involves realizing Transformation Labs (T-Labs) taking place in communities of co-researchers around such themes of water conservation, ancestral knowledge, and social innovation; last, the research aspect has been employing methods of semi-structured interviews, participant observation, and reflexive workshops to reflect on transformation processes in participating communities. However, with a strong project focus on transgressive learning – forms of learning which address deep-seated structural barriers to change – certain challenges have arisen through employing the PAR methodology, especially in the extent in which such research really is participatory. 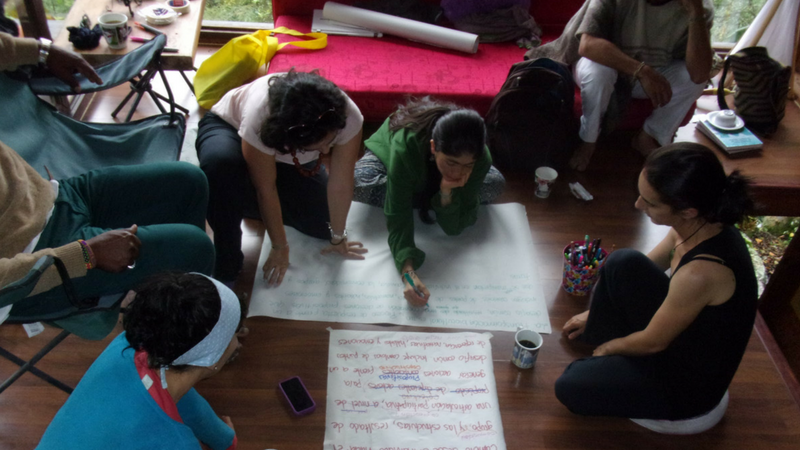 Methodology workshop in the ecovillage Aldeafeliz, 2017

As a means of addressing these research challenges, the author of this blog has been developing a framework combining PAR and transgressive learning through the concept of Transgressive Action Research (TAR). This adds to PAR the deeper meaning of transgression – to move beyond – thus exploring the less certain, changing and intangible forms of knowledge and power relations. We define TAR as a shared commitment to fundamentally disrupting conventional hierarchies of knowledge production through action-based research, decolonising our ways of engaging with the world through embodied experiences of encountering the unknown and unknowable. 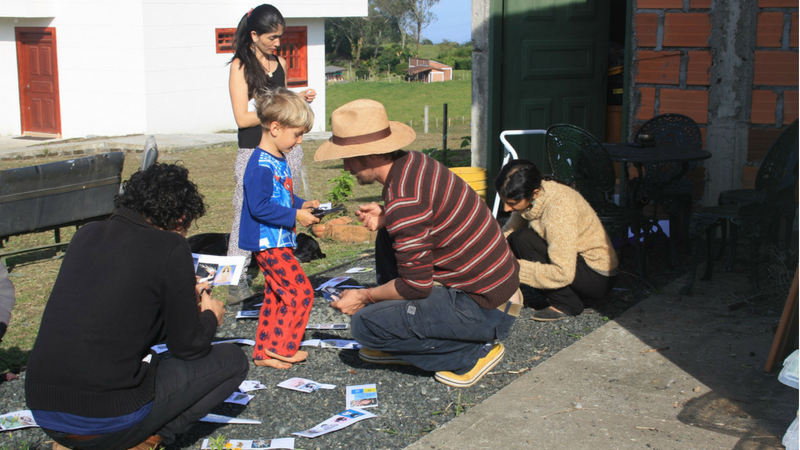 Methodological exercise of developing transgressive tarot cards with co-researchers (based on (Temper, McGarry, and Weber, in press)

In TAR, knowledge is generated through reflections of embodied experiences by co-researchers, based on day-to-day practices, with a special emphasis on the co-researcher being critically aware of their dual roles as community member and researcher. Inherent to this TAR approach is a cyclical iterative journey of reflection and action by the co-researchers, which engages them in understanding why things are the way they are (current state), what keeps things from changing (maladaptive resilience), and how things should be (more desirable state). This leads to the question of what needs to be done to move beyond structural boundaries, opening up to the inexplicable and unknown, trying out new ways of doing things, learning from the experience and re-entering the learning cycle until a more desirable state has been reached. As a means of embodying these changes, a defining aspect of TAR is that one has to live the transformation to understand it, and the need to explore how to ‘transgress’ comfortable paradigms of how we understand the world, acknowledging the hidden nature of much knowledge. 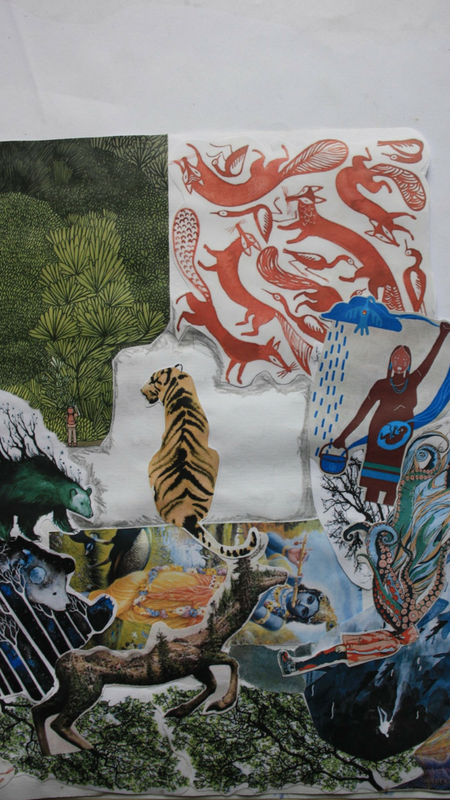 Returning to our Greek tale, Heracles realised he could not defeat the Hydra by himself, and asked for help from his friend Lolaus, who cauterized the open stumps of each head Hercules cut off. The Hydra’s one immortal head was cut off with a golden sword given to Heracles by Athena, the Greek goddess on Wisdom. This myth provides us with some clues in addressing the momentus challenges facing our one and only Earth. First, there are seemingly overwhelming power differences in our fight towards more just futures. This is seen not just the power plays of global superpowers on the world stage, and the fight against a catastrophic neoliberal paradigm, but also in day-to-day relations with the people around us, of which a major consideration in TAR are the relationships between the lead researcher and co-researchers; How can we transgress deep barriers between people and their ideas and the inherent power relations between them? The second clue is that we cannot address planetary challenges on our own. We need help from our friends, who encourage us to think with different perspectives, and act in different ways. In the TAR methodology, we enrol the necessary help of co-researchers, who are living the transformation, transgressing boundaries, and have ideas and experiences to share.

Nota Bene: The ideas of this blog have been submitted as a paper to the journal Action Research, for their special edition on climate change.

Reference: Temper, Leah, Dylan McGarry, and Lena Weber. In press. “From Academic to Political Rigour: Insights from the ‘Tarot’ of Transgressive Research.” Futures.